Since their founding, Apple and Microsoft have been major rivals. Both companies dabble in the same markets (hardware and software), both were founded by nerdy home computer enthusiasts in the 1970s, and both are worth trillions of dollars today (Microsoft is worth $2.47 trillion, while Apple is worth $2.46 trillion, as of early 2021).They’re basically twins.

However, despite the similarities on paper, the two actually have lots of differences that influence why consumers would choose one over the other. They have vastly diverging strengths (and weaknesses), and have different approaches when it comes to fulfilling the needs of their customer base.

A Quick Look at Microsoft

Ever since the company’s inception in 1975, Microsoft’s main business has always revolved around software. As computer programmers at their core, Bill Gates and Paul Allen began Microsoft’s first few years selling their own interpreters and programs to interested companies. Today, Microsoft still generates most of its revenue from selling licenses and subscription fees to its programs. Microsoft Windows and Office remain the world’s most dominant operating system and productivity suite respectively. In recent years, Microsoft has also ventured into the cloud services space; it currently ranks 2nd in the global cloud market and has a strong base of enterprise clients.

Little Compatibility Issues Being that it has the biggest market share in the world computing sphere, Windows, MS Office, and other Microsoft-developed software enjoy wide compatibility with other programs, software, and hardware. Rarely would you see a computer that isn’t compatible with Windows. Furthermore, since most AAA games aren’t shipped with Linux or Mac compatibility out of the box, Windows would always be the top choice for PC gamers.

Easy to Repair/Troubleshoot A Windows computer is easy to troubleshoot for the sole reason that there are probably lots of people who have encountered the same problems before, and therefore have lots of solutions available to them that have worked.

Microsoft software can be installed on any computer at a low cost. They have different tier plans for Windows and their cloud services that determines how much one should pay based on budget and needs. The tiers can go from basic (which can be pretty cheap) up to enterprise-level.

Having the biggest market share can also be a double-edged sword. Because so many people are using Windows computers, attackers target them the most. The majority of malware and viruses are released for Windows devices.

Microsoft software tend to be resource-heavy. For example, Windows 11 (the latest iteration of the popular operating system) can’t run on a majority of processors released before 2017.

A Quick Look at Apple

On the other side of the fence is Apple. While the company does maintain some market share when it comes to software (Mac OS is second to Microsoft Windows, though Windows lead by a very wide margin), Apple’s main source of income is their hardware. The iPhone is the world’s most iconic and most popular smartphone, while Mac computers are pretty much a staple device for a lot of developers and designers nowadays.

With Apple devices, there’s basically no need to configure or set up anything. Everything just works right out of the box. Their user interfaces are intuitive, and everything just feels so good to use.

Apple manufactures most of its hardware components in-house. It ensures that their devices are manufactured to strict standards and customized for the software they will be installed with.

Macs do get viruses and are subject to threats like any other computer, but it’s to a lesser degree. Generally, they are less vulnerable to security breaches, and if security issues do arise, they are easily patched. It’ll make your IT services/ https://solinkit.com/contact/ company’s life much easier.

It’s hard to find a shop that specializes only in Apple products because Apple’s components are integrated into the system. DIY enthusiasts would also find it hard to repair Apple products on their own, since the company doesn’t provide blueprints to their devices.

It’s a well-known fact manufactures premium products, and with premium quality comes premium prices. A Windows PC would cost less than half of the going price of a Macbook with similar specs. The price range would be larger if you compare Macs to Linux machines. 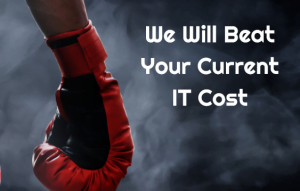